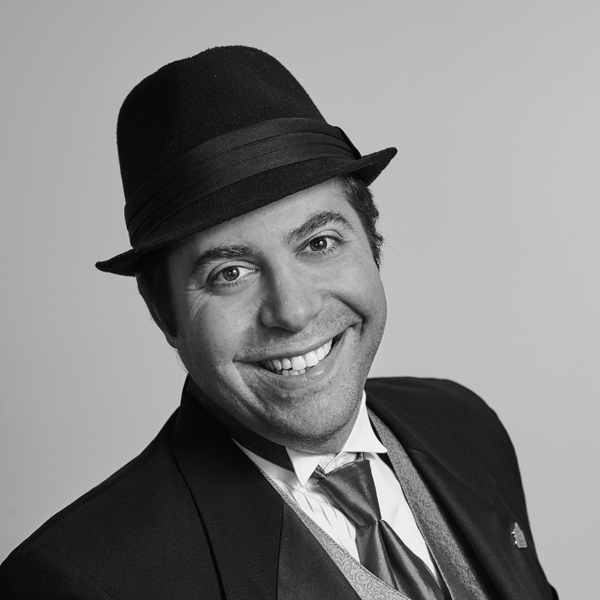 Known by his signature fedora, Jarrod Goldsmith is a Canadian small business community builder and is the embodiment of the small business spirit. He is recognized as one of Ottawa’s premiere champions for fostering a stronger small business community. As an active member of the Ottawa Board of Trade (as well as all previous regional Chambers of Commerce in the Ottawa, Ontario, Canada area), he is one of the region’s best known entrepreneurial networkers.

Using a new virtual event platform, Jarrod has pivoted to hosting remote events for others.

Jarrod’s commitment to community engagement was further recognized when he ran a strong campaign for Ottawa City Councillor (Orléans, Ward 1) in the October 2018 municipal election.

Jarrod is an in-demand speaker who offers inspiration and practical knowledge to help others achieve their dream of entrepreneurship. He has been featured in dozens of television, video and audio segments, as well as having articles published in newspapers, magazines and on-line forums promoting and motivating the entrepreneur community.

He sits on the Program Advisory Committee for the Events Management Program at Algonquin College, is an Ambassador for the Ottawa Board of Trade and is on the membership committee of the Ottawa Kiwanis Club.

In addition, Jarrod hosts both eSAX Podcast Series where he interviews business and community leaders, and the Pivoted Success Podcast series interviewing entrepreneurs/community leaders who have successfully adapted to COVID sharing stories and inspiration.

Jarrod is an extremely enthusiastic and dedicated communications professional who is available for pubic speaking engagements and consulting. Contact Jarrod Goldsmith for any media requests, speaking engagements or to see how he can help your business or organization with hosting incredible virtual events, or with marketing, branding, social media or networking assistance!

Oh and if that wasn’t enough, Jarrod also has a love for dogs and opens his home to care and love for your furry friends for both day and overnight treats.

Originally from Montreal, Jarrod began playing and studying the saxophone in 1986. While studying archaeology / anthropology at McGill University, he continued to actively pursue music and studied under the late Professor Gerry Danovitch. During this time, he played in numerous McGill ensembles and jazz bands.

Continuing his interest in human evolution, Jarrod earned a Masters degree in archaeology / anthropology at the University of Alberta, Edmonton, while continuing to play in professional bands with the occasional tour and recording.

Jarrod has traveled extensively pursuing both music and archaeology across North America, as well as in Japan, South Korea, Israel, and throughout Europe.

Jarrod launched Sax Appeal in 2011 and eSAX shortly after.

He is a proud member of

From having created two unique niche business, as well as having attended literally thousands of hours of networking events, Jarrod knows a thing or two about what it takes to be a successful entrepreneur.

Whether you are already in business, considering launching a startup, hosting events or looking for additional opportunities for business growth, you will find great value in working with Jarrod to help you achieve greater entrepreneurial success.

Clients will find this useful if they are launching a startup, looking to host/create trade show events and/or need to develop networking and social media skills. A variety of options are available to suit your particular consulting requirements so please contact him for more information.

Another option that is available would be for Jarrod to actually attend a networking event with you to promote your business and provide practical knowledge so you will learn how to successfully network and navigate a room.

Some of the skills you will acquire are how to integrate within the networking environment, the purpose of body language, appropriate questions to ask, how to disengage, best practices for following-up etc. You will benefit from becoming more confident in your networking endeavors by having Jarrod act as your personal mentor in such situations. Plus there is a good chance Jarrod will know people at any particular event and would be pleased to facilitate personal introductions.

Clients will find this useful if they are shy, uncomfortable attending events or are starting a new business but don’t know how to network effectively.

Contact Jarrod now to see how he could add value to your business.

A natural public speaker, Jarrod has the ability to engage and energize an audience.

As a recognized leader in the field of entrepreneurship networking, Jarrod regularly provides seminars, workshops and Keynote presentations on such topics as what entrepreneurship is all about, self-branding, social media and networking.

Students, youth entrepreneurs, people considering launching a startup or staff who already attend networking events but are not achieving desired results will find a presentation by Jarrod to be extremely valuable.

Contact Jarrod now to see how he could add value to your association, organization or business. 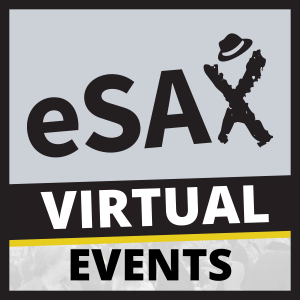 eSAX (The Entrepreneur Social Advantage Experience) is a virtual entrepreneur networking community for small business. Using a new virtual event platform, eSAX has pivoted to hosting remote events for others.

See how eSAX events are changing the entrepreneur landscape in Ottawa!

With a YouTube channel of ~700 videos, eSAX helps others learn about entrepreneurship and networking skills.

Besides all the great networking and resources, eSAX also supports three charities, while helping to promote Ottawa’s entrepreneur ecosystem through the sale of eSOX.

Help support small business and the following local charities for each pair of eSOX sold:

Get a funky pair of eSOX HERE 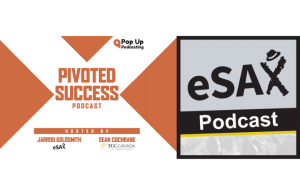 In partnership with Sean Cochrane of TCC Canada and Pop Up Podcasting they, they together created the Pivoted Success Podcast; showcasing business and community leaders who have successfully adapted to Covid to provide knowledge and inspiration.

Interested in being featured on an upcoming Pivoted Success Podcast segment? 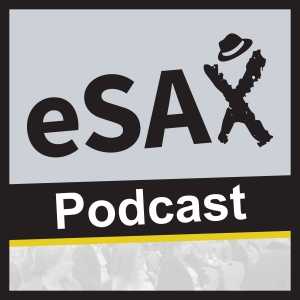 With ~100 episodes, the eSAX Podcast interviews business and community leaders discussing entrepreneurship knowledge, with a special focus on networking tips for small business.

Check it out HERE! 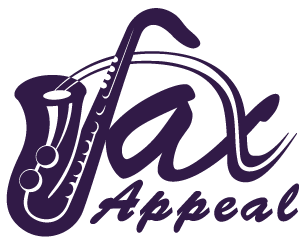 As the most extraordinary ensemble in the region, Sax Appeal is transforming the musical landscape in Canada with their distinctive sound, look and feel!

Excellent musicians and a great variety of musical styles suitable for any occasion are hallmarks of Sax Appeal. Equally comfortable playing any musical genre ranging from jazz to classical to literally everything in-between, the versatility of this saxophone ensemble is unmatched.

From wedding ceremonies, cocktail receptions and diplomatic functions, to birthdays, retirement homes, holiday/Christmas parties and festivals (such as the Ottawa Jazz Festival and the Gatineau Hot Air Balloon Festival), a Sax Appeal performance will leave your guests in awe.

As an active member of the Canadian Federation of Musicians, Jarrod Goldsmith can also book any other kind of entertainment (or band) that you or your clients may need. Contact Jarrod to see how he can help make your event one to remember! 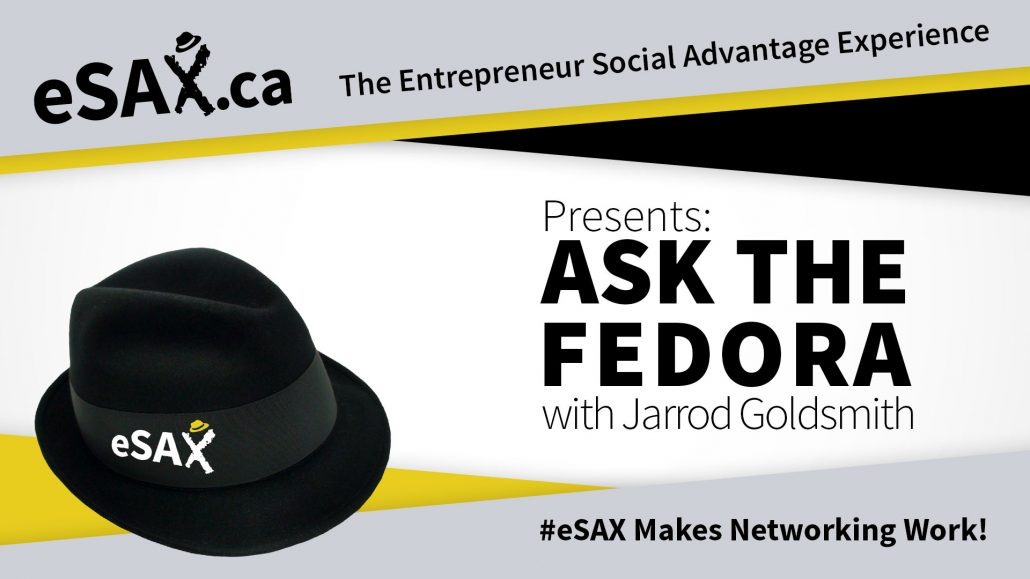 Building on his networking experience (and leveraging the whole ‘Fedora’ branding that he’s known for), Jarrod hosts a Youtube video series called ‘Ask The Fedora’. These one minute videos provide a wealth of practical knowledge covering a wide-range of networking/business tips that people find useful to help make their networking endeavors not only less stressful, but successful!

New businesses and people who are shy, introverted and/or otherwise dislike networking events will find these videos particularly beneficial.

Learn More About Ask the Fedora 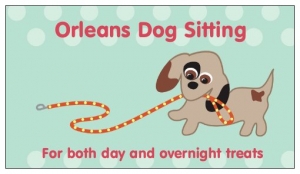 ‘The dog whisperer of the suburbs’

Besides being an accomplished entrepreneur and musician, Jarrod Goldsmith has a genuine love and passion for dogs!

Dogs are treated as part of his family. With a large forest across the street from his home, dogs will love exploring nature as much as he does! His home is completely dog-friendly with dog beds and plenty of toys to play with. Every time they are downstairs, they are welcome to explore the completely fenced backyard. Everyone has access to any room, bed or sofa, and they are encouraged to cuddle-up in the computer room with him while he works.

Contact Jarrod now and rest easy that your furry family member will be well loved!

This site uses cookies. By continuing to browse the site, you are agreeing to our use of cookies.

We may request cookies to be set on your device. We use cookies to let us know when you visit our websites, how you interact with us, to enrich your user experience, and to customize your relationship with our website.

Click on the different category headings to find out more. You can also change some of your preferences. Note that blocking some types of cookies may impact your experience on our websites and the services we are able to offer.

These cookies are strictly necessary to provide you with services available through our website and to use some of its features.

Because these cookies are strictly necessary to deliver the website, you cannot refuse them without impacting how our site functions. You can block or delete them by changing your browser settings and force blocking all cookies on this website.

These cookies collect information that is used either in aggregate form to help us understand how our website is being used or how effective our marketing campaigns are, or to help us customize our website and application for you in order to enhance your experience.

If you do not want that we track your visist to our site you can disable tracking in your browser here:

We also use different external services like Google Webfonts, Google Maps and external Video providers. Since these providers may collect personal data like your IP address we allow you to block them here. Please be aware that this might heavily reduce the functionality and appearance of our site. Changes will take effect once you reload the page.